They fleed persecution by the Tsarist regime after the 1831 uprising.

Scroll down
The first Lithuanians to arrive and settle in Australia are known to have done so in the early 1800's. After the unsuccessful revolution of 1831 against Tsar Nicholas I, some of the vanquished revolutionaries fled to Germany and later to England. From there some came to the colonies in Australia.

They quickly assimilated into the diaspora and as Lithuanians, they simply vanished

Their numbers were small, and though they increased to a few hundred by the late 1930’s, the first large migration of Lithuanians to Australia occurred only after W.W.II.

In 1944 in the closing stages of World War II, as Soviet armies were approaching Lithuania’s borders approximately 100,000 people fled to the West hoping that at the end of hostilities they would be able to return to an independent homeland.  But hopes for an independent Lithuania were not fulfilled. After spending a considerable time, in some cases four years and longer, in Displaced Persons Camps in Germany, most of them migrated to North and South America, but approximately 10,000 came to Australia between 1947-1951.

Lithuanians arrived from the Displaced Persons (DP) camps of Germany shortly after The Hon. Arthur Calwell MP, the then Minister for Migration, visited the DP camps of Europe in 1947 and reported to the government of the day about the miserable conditions he had witnessed.

The large Lithuanian Communities in Australia today had their origins right at the very beginning of Australia’s post-war migration intake. They arrived in the first and following ships bringing to Australia its post-war migrant intake. In the first shipload, some 85% of the passengers were Lithuanians, the balance being mainly Latvians and Estonians. 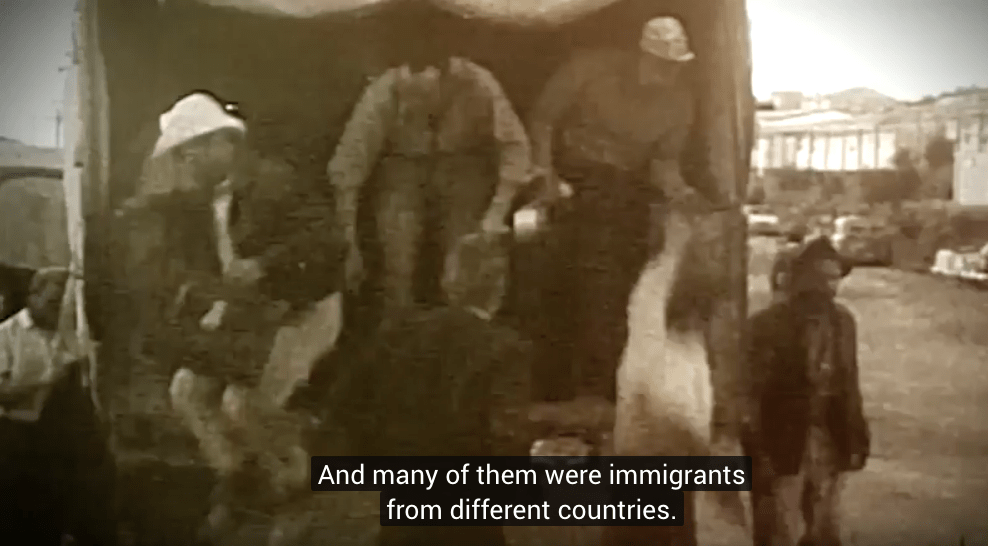 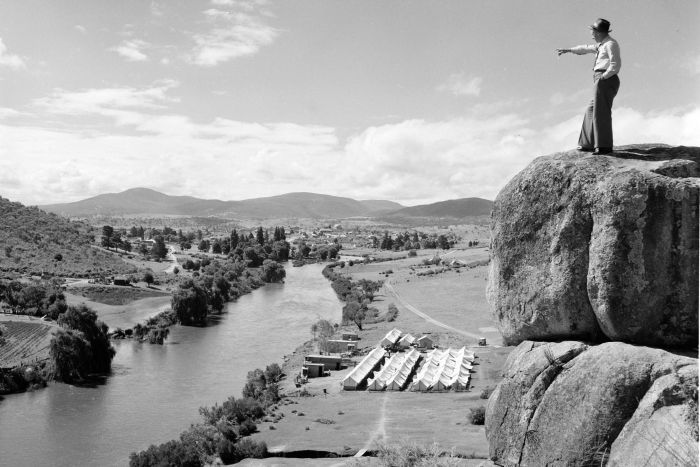 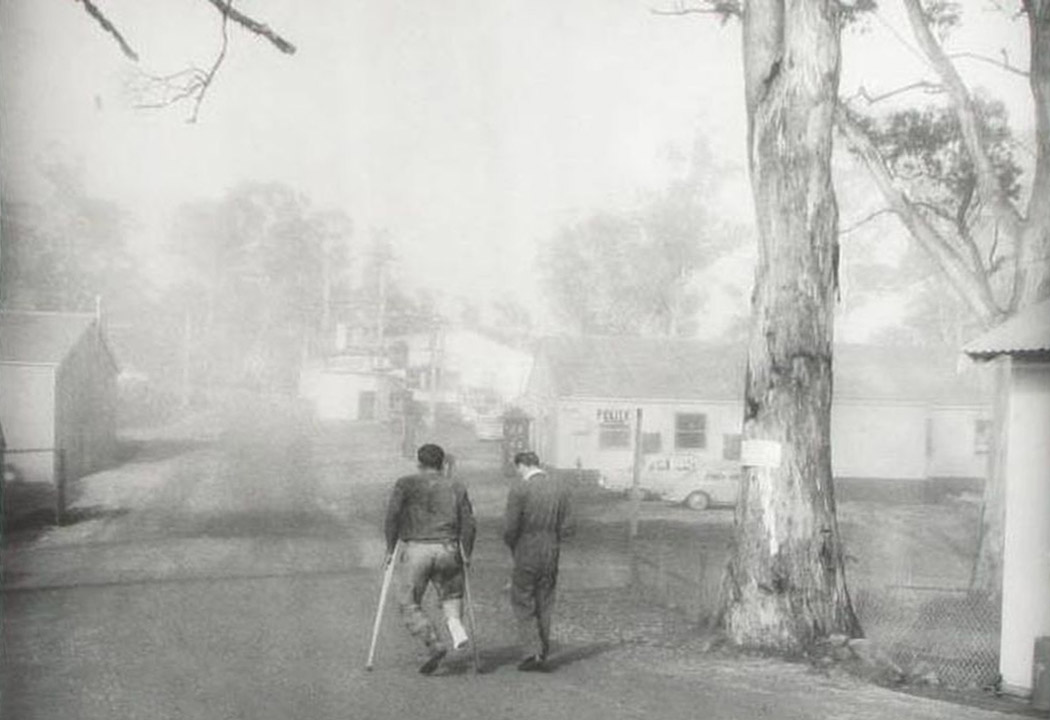 Upon arrival to Australia in the initial post-war years Lithuanian migrants were dislocated around Australia to various migrant centres, such as those set up in Bonegilla, Bathurst, and Greta. Every migrant over the age of 18 had to enter into a two-year contract with the Australian Government. They were obliged to work wherever directed – sugar-cane farming, land and forest clearing, tree felling for lumber, railway construction projects, the Snowy Mountains Scheme, in hospitals, factories and similar.

After completion of their contracts, a large portion of Lithuanians moved to the State capitals or other larger centres where other Lithuanians had congregated. This resulted in major Lithuanian Communities being established in Adelaide (2500), Melbourne (3000), and Sydney (3000), with minor Communities being established in Albury, Brisbane, Canberra, Geelong, Hobart, Newcastle, Perth, and Wollongong. The three major centres accounted for around 85% of Lithuanian settlements, the minor centres for another 10%, with the remainder scattered across the rest of Australia. 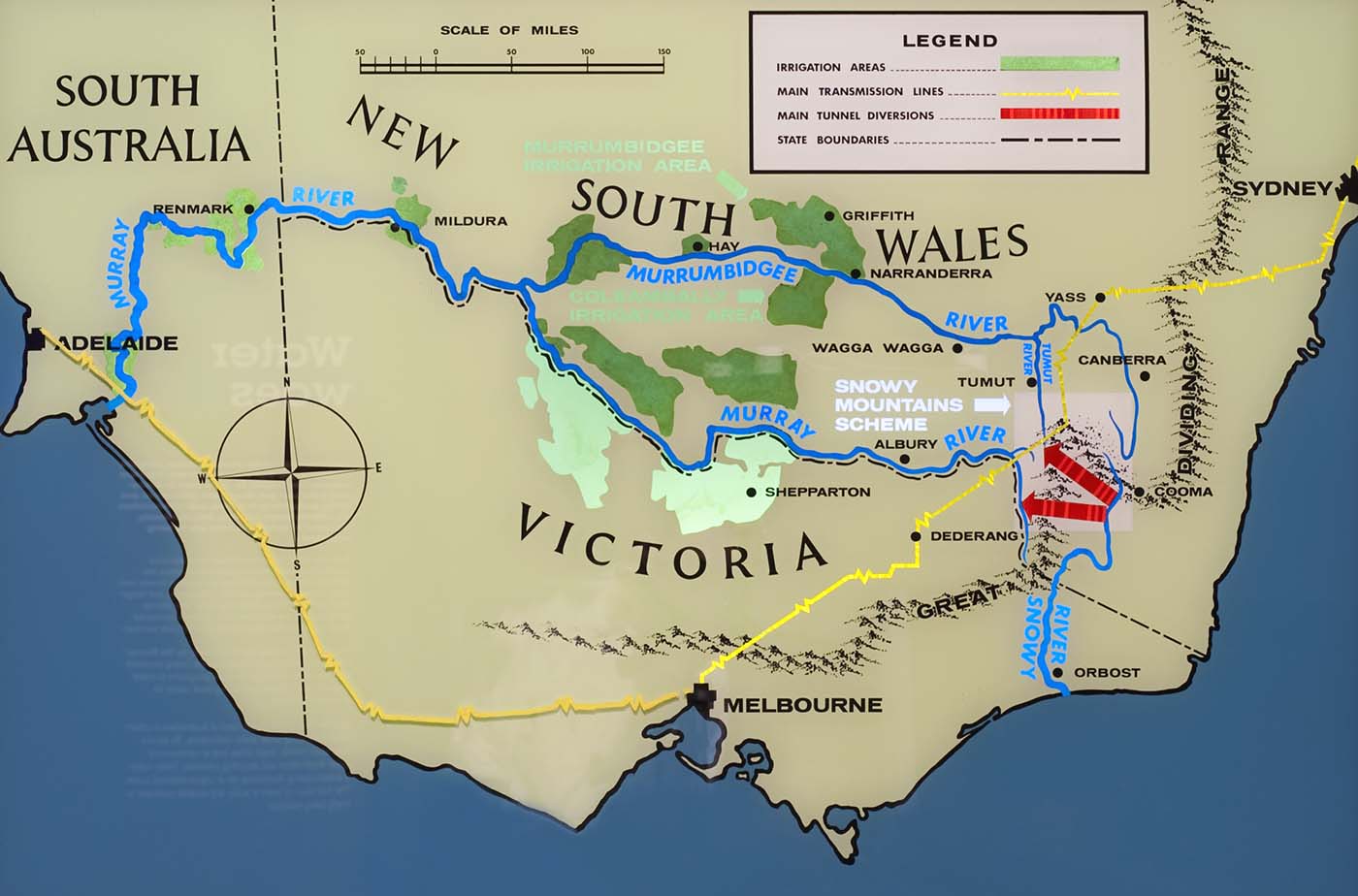 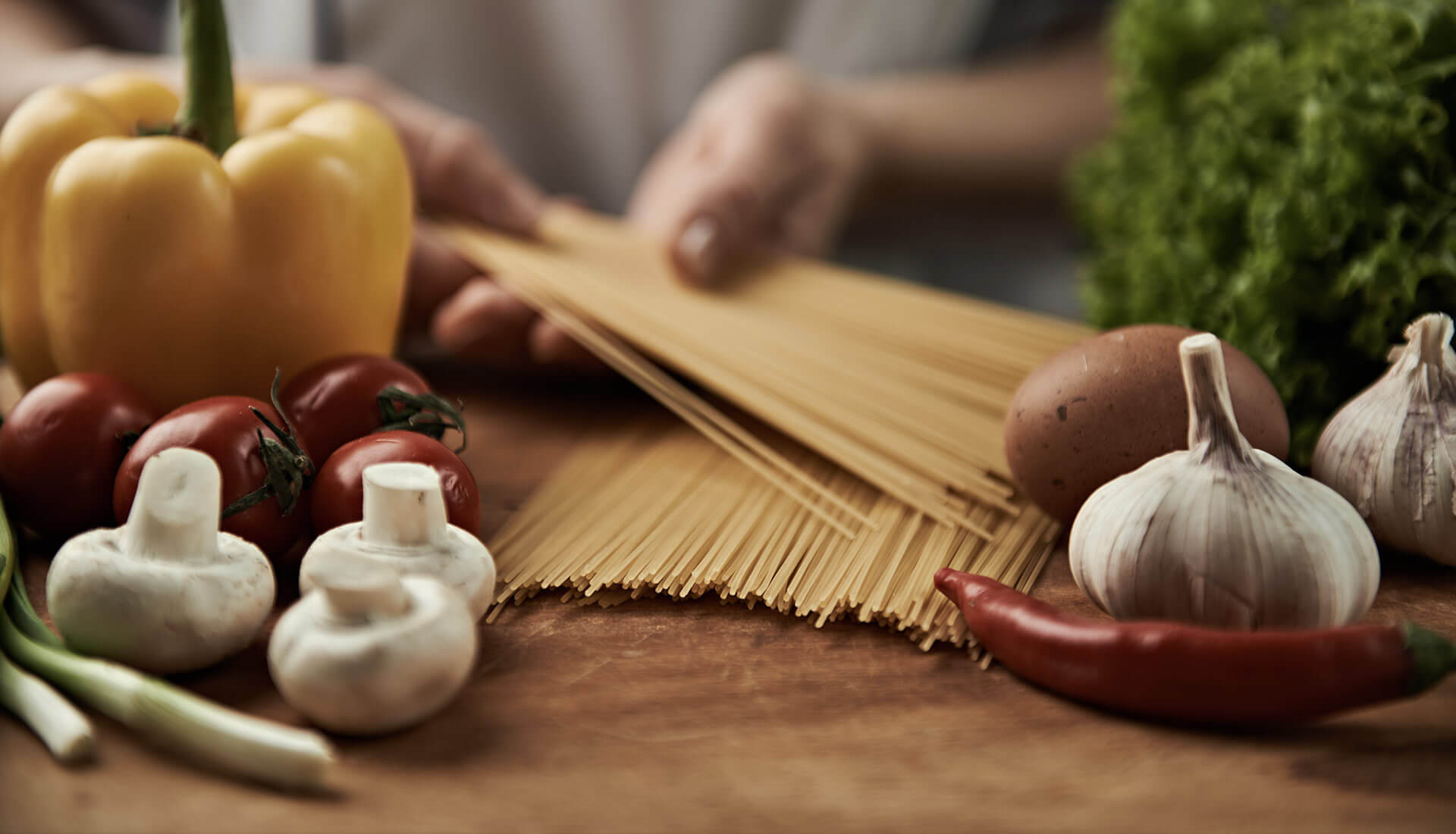 (The Supreme Committee for the Liberation of Lithuania)

its main goal is to gather every Lithuanian scattered in the four corners of the world, to maintain their language and customs, to foster unity and national culture, and to continue efforts to regain independence for Lithuania.

Across the whole of the continent

Realising that the Soviet occupation of Lithuania could last a long time, the Lithuanian migrants started looking for ways to preserve their national identity, culture and traditions.  With this in mind VLIKAS (The Supreme Committee for the Liberation of Lithuania) prepared the Lithuanian Charter, on whose authority the constitution of the World Lithuanian Community was developed. According to the Community’s statutes, its main goal is to gather every Lithuanian scattered in the four corners of the world, to maintain their language and customs, to foster unity and national culture, and to continue efforts to regain independence for Lithuania.  On the basis of these statutes the Lithuanian Community in Australia was organised.

It was only in 1948 that the first branches of the Australian Lithuania Society were established.

Being so large a continent, some States have more than one local Community

Our Communities are throughout Australia

1950s
Community schools are organised
Our Communities
The Lithuanian Community in Australia is divided into local units, which are called “Apylinkės

The Lithuanian Community in Australia is divided into local units, which are called “Apylinkės, or in smaller colonies “Seniūnijos. Every two years, when the Federal Council of the Lithuanian Community in Australia meets, the apylinkės and seniūnijos elect proportionally their representatives to this meeting.  The Federal Council elects its Federal Executive, which represents the communities with the federal and state governments of Australia, maintains links with the Executives of the apylinkės and seniūnijos, Lithuanian World Community and other migrant communities. Thus the Federal Council and Executive are the main bodies that lead and give impetus to the scattered communities.  All apylinkės and seniūnijos, have their own executive which is responsible for the organisation and the cultural life of their particular community. 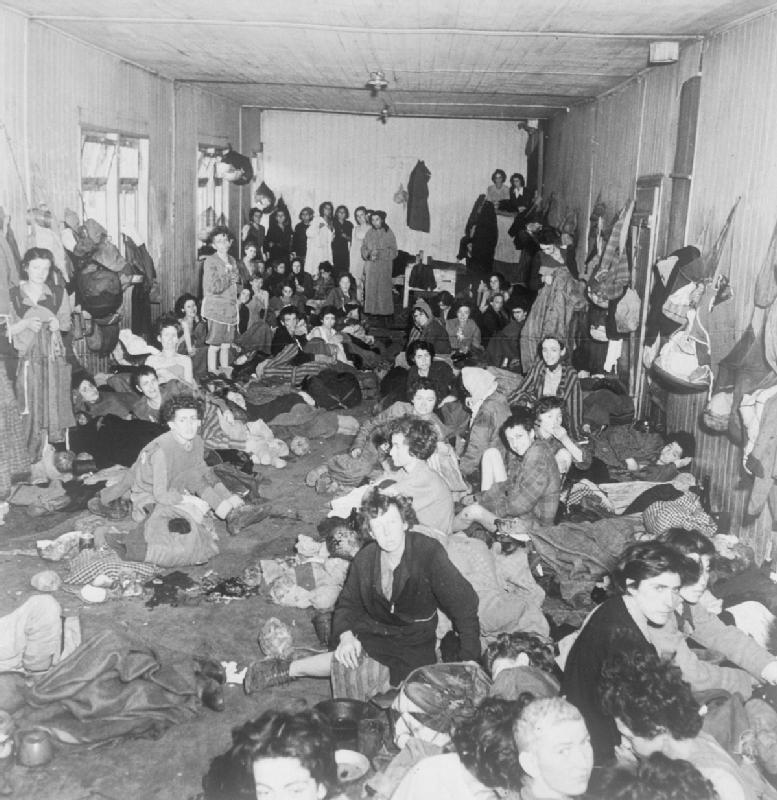 Between 1947 and 1951 about 10,000 Lithuanian immigrants came to settle in Australia from Displaced Persons (DP) camps in Germany. When selected for entry into Australia, migrants then had to survive a voyage on some very inferior ships. In return for their passage and settlement in Australia, DPs or Refugees had to enter into a two year contract with the Australian government which obliged them to work wherever directed, even if it meant that their families were split up.

The first port of call for most of the DPs Fremantle, Western Australia, where some would disembark for the Northam Immigration Centre sixty kilometres north of Perth. Most however, would leave the ship in Melbourne and be transported to the Commonwealth Immigration Centre at Bonegilla in Victoria. In South Australia camps were established at Gawler and Smithfield.

Many of these DPs had previously lived in DP camps, so when they arrived in Australia life often did not seem to have changed very much. Once here, the government quickly ‘distributed’ them to some of the most isolated places in the country. The early DPs received free transport to work, free working clothes after they arrived, free food in the camps, and free job placements anywhere in Australia, regardless of qualifications or experience. Some of these jobs included the building or maintenance of railway lines, working in mines or blast furnaces, harvesting sugar cane, fruit-picking and the building of the Snowy Mountains Scheme.

One of the first DPs to arrive in Leigh Creek was Andrius Bajorunas. He came from Lithuania via the Bathurst Army Barracks in July 1948. Because of the housing shortage at Leigh Creek he was most welcome, as single men could be housed in tents. He was employed as a labourer for seven months before being promoted to Bulldozer operator, working on the landing strip for the airport. Although happy with the job, he was also very happy to leave after his two years were up.

A few months after his arrival Bajorunas was followed by a group of young DPs, all of whom were in their early twenties.  Among this group were Vaclovas Navakas and his brother Vytautas who had been directed by the Commonwealth government to go to Leigh Creek. The brothers were allotted a tent and shared it for the next two years.

One the most successful DPs to arrive in Leigh Creek were Lithuanians Vytas (Bill) Doniela and Jurgis Glusauskas. After only a short time in Leigh Creek Glusauskas felt the need for a Lithuanian-language newspaper. On his way to Australia, he had brought a typewriter and Gestetner, and in 1948 began to produce a bi-weekly newspaper. After work, his tent became an editor’s office and printing room. The first Lithuanian newspaper in Australia, Australijos Lietuviu, was born in Leigh Creek on 12 September 1948.

Although Glusauskas was the driving force behind the venture, he was assisted by several other Lithuanians including the young Navakas brothers Vaclovas and Vytautas. The first edition of this publication contained ten pages of Australian and Lithuanian news and had more than two hundred copies were printed. The Postmaster at Leigh Creek bluntly refused to postmark them and in the end Jurgis had to do it himself. Glusauskas was also heavily involved in trying to get Lithuanian displaced persons out of Germany to other countries.

The paper was received by Lithuanians all through Australia with great joy and disbelief that it could be, and was, produced ‘under such extraordinary conditions, where journalists, editor and printers worked in a coal mine during the day and still found time to produce a fortnightly paper by night’. After his departure from Leigh Creek in 1950, Glusauskas completed an Economics degree at the University of Adelaide, changed his name to Arminas, which was easier to pronounce for Australians, bought a small printing press and continued his involvement with Lithuanian publications.

For the next seven years he was the editor of the Adelaide based newspaper Adelaide’s Lietuviu Zinios. On top of all this Arminas still found the time to organise many charity functions to collect money for the Lithuanian Sunday school and High school in Germany. 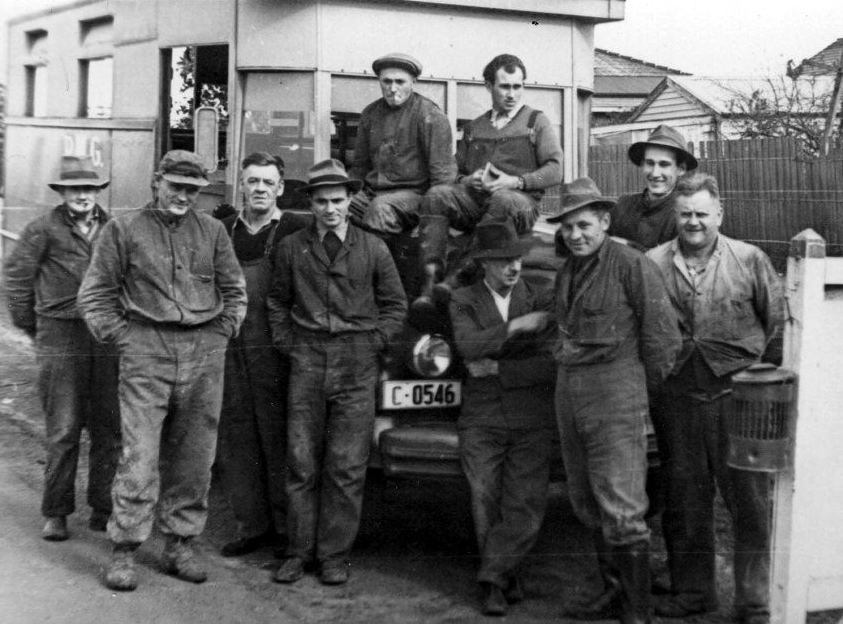 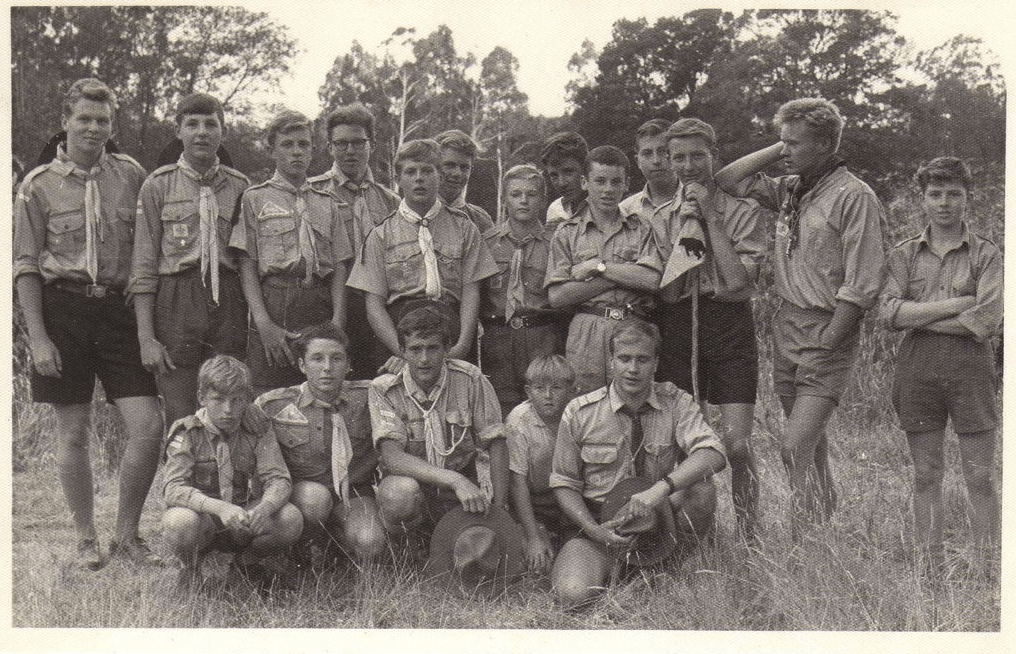 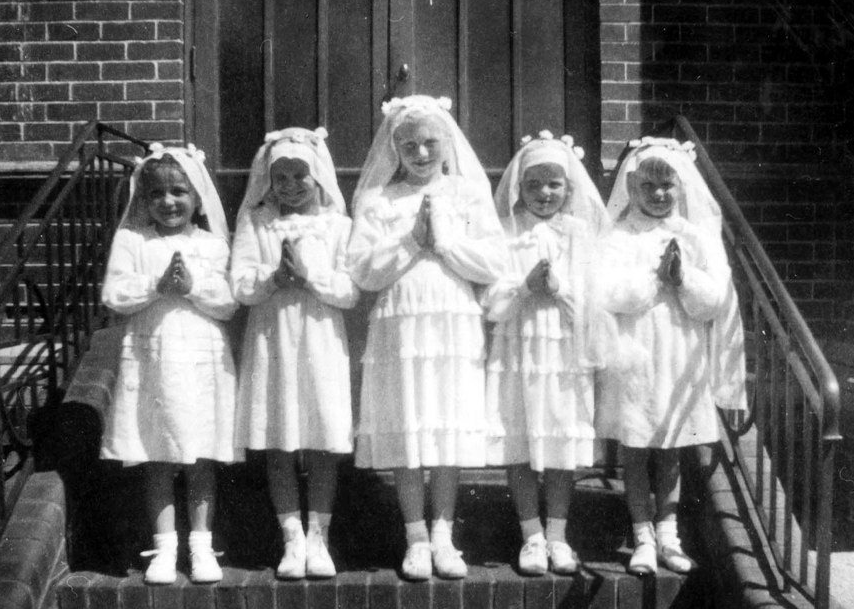 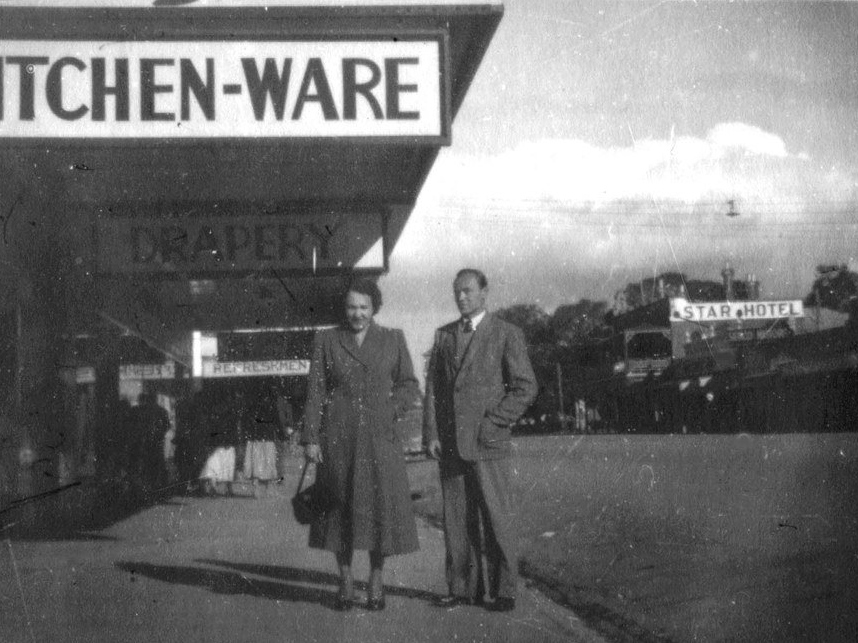