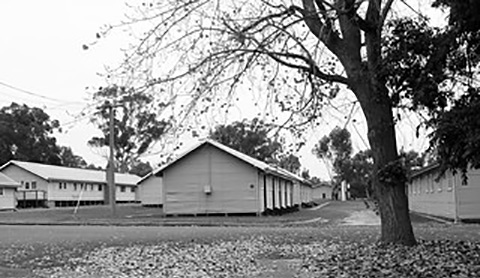 Bonegilla Migrant Reception and Training Centre was once made up of 24 blocks. It had its own churches, banks, sporting fields, cinema, hospital, police station and railway platform.

In 1945, the Department of Immigration was established and resolved that Australia needed a population growth of 2 per cent a year. At that time, some 11 million people had survived the Nazi labour and concentration camps and many Poles, Yugoslavs, Latvians, Ukrainians and Hungarians, were unable to return home. Australia agreed to accept a minimum of 12,000 of these refugees a year.

On November 28, 1947, the first Displaced Persons being 844 young Estonians, Latvians and Lithuanians arrived in Melbourne and were transferred to Bonegilla Migrant Reception Centre. In exchange for free passage and help on arrival, they agreed to work for the government for two years.

During the seven years this scheme operated, nearly 171,000 arrived. When this source came to an end, the Australian Government negotiated a series of migration agreements with other countries such as the Netherlands, Italy, Austria, Belgium, West Germany, Greece, Spain, the United States, Switzerland, Denmark, Norway, Sweden and Finland.

Most migrants arrived by ship, disembarking in major cities such as Melbourne and Sydney. From there they were immediately taken to migration hostels in rural areas, often in former military barracks. The intention was that migrants only stay four to six weeks until they could be resettled near their workplace. At times, however, work was difficult to find and some stayed for months if not years. Those that came to Melbourne were temporarily housed in Bonegilla.

All assisted migrants aged over 16 had to work. Regardless of qualifications men were classified as labourers and women as domestics.

Following World War II, when millions of people seeking a new start and peace, many Balts departed for Australia. An army camp at Bonegilla was transformed into a migrant reception and training centre where new arrivals lived while they were processed and allocated jobs.

Bonegilla became the largest and longest operating reception centre in the post-war era. More than 300,000 migrants passed through its doors between 1947 and 1971, with most of those originating from non-English speaking European countries. They had diverse arrival and settlement experiences. Many migrants recall arriving lonely and confused, unsure of where they were going and what they would be doing. Others saw Bonegilla as a place of hope, symbolic of a new start. 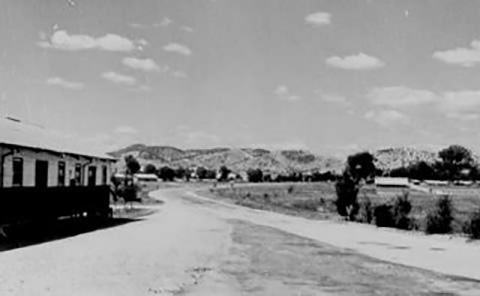 or try this link here:

Another great resource for locating people who have arrived by boat, is from the ISTG (Immigrant Ships Transcribers Guild), which has a repository of over 17,000+ Passenger Manifests in 17 Volumes plus numerous other passengers listed in Special Projects.