A recollection by Kazys Mieldažys 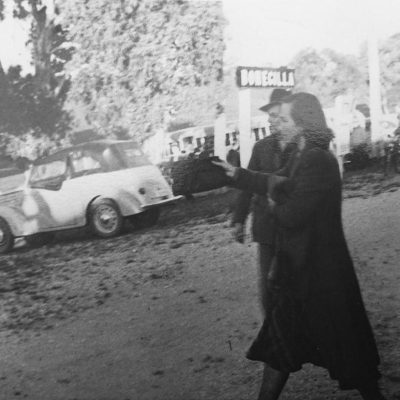 From the Baltics to Australia
The first post-WW2 mass transport of Baltic displaced persons to Australia left Germany in October 1947 aboard the USAT General Stuart Heintzelman.

One of the 843 migrants on board was a young Lithuanian architect, Kazys Mieldažys.

He recorded his recollections of the voyage to Australia and the first few months at the Bonegilla migrant camp.(Extracts from his article “Pirmieji Žingsniai Australijoje” in the Australian Lithuanian Community’s Metraštis (1961) follow; translation by Jonas Mockūnas). 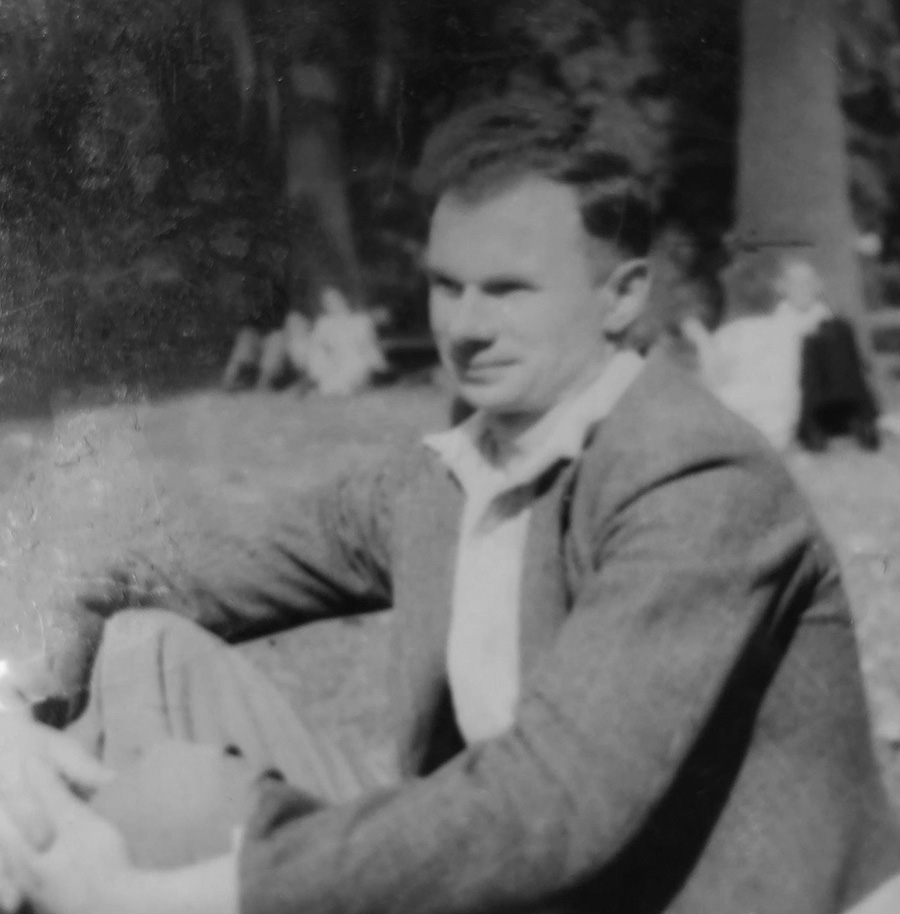 We were assembled at the Diepholz camp in Germany. A week before the ship’s departure a Lithuanian representative committee was established. It comprised Jonas Motiejūnas as president, Povilas Baltutis as vice-president, Napoleonas Butkūnas as interpreter. I was tasked with organising a choir. It was decided that we would farewell Germany and the European continent with a formal church service to be led by the chaplain of the Polish camp. However we immediately encountered problems with the planned choir. We didn’t have a Lithuanian who could conduct a choir or even play the piano well. The predicament was saved by the accordionist Juozas Songaila, and so over 400 Lithuanians were able to begin the service in a bombed out aircraft hangar with the hymn Pulkim ant kelių. The mass ended with the Lithuanian national anthem.

We sailed out of Bremenhaven on 30 October 1947 aboard the American ship General Heintzelman. There were only Baltic passengers on board. Lithuanians made up the larger part – 439 people.

Once we had set off we recruited a choirmaster, Petras Morkūnas. He probably never imagined that one day he would be conducting a choir. A male choir was quickly established and began rehearsals. 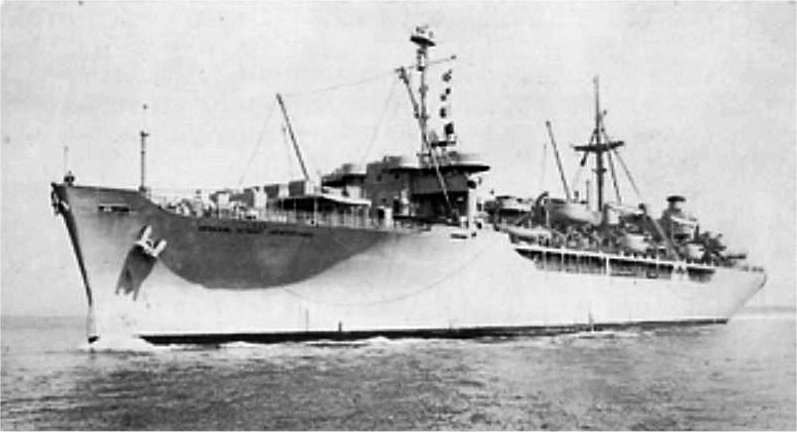 On All Souls Day we honoured the dead and those who had perished for Lithuanian freedom. J. Motiejūnas was the main speaker, then a prayer was recited for our homeland and a few hymns were sung. During the journey the Lithuanians had their own mass each Sunday during which the liturgy for the day was read as well as a prayer for the homeland, a prayer for the exiles, and a few hymns were sung. On 23 November we commemorated Lithuania’s Army Day, at which the speaker was Capt Juozas Jablonskis, an officer of the Lithuanian Army. Marija Kocėnaitė recited a poem and the men’s choir led by Petras Morkūnas sang four songs; that was our choir’s first public performance.

The Latvians and Estonians on board had also organised themselves in similar ways. We each had choirs and there was a newspaper, the Baltic Viking edited by Juozas Šilainis-Mikštas. Towards the end of the journey the three groups put together a concert for the ship’s personnel, followed by a social function for the choirs during which our choirmaster performed some solos.

We disembarked at Fremantle, Western Australia, on 28 November 1947. Temporary accommodation was provided at two army camps as our journey was to continue to Melbourne. Some Lithuanians who had been living here for some time visited us, including one who lived over 300 miles away.

On 2 December we left Fremantle on the Australian Army vessel Kanimbla. It was crowded, and after a very boring journey we reached Melbourne on 7 December. There we were greeted by the Minister for Immigration Arthur Calwell together with other government representatives. The leader of the Lithuanian group J. Motiejūnas, together with K. Brundzaitė, presented the Minister with a gift – a picture book of Lithuanian views and a sash.

While on the ship we were visited by Mr Paliokas, originally from the Klaipėda region. As well, we were met by Mr and Mrs Jakovlevas (who had arrived 20 years earlier from Kaunas) who later sent parcels to Bonegilla and let the Lithuanians in Melbourne use their apartment for choral and musical rehearsals as well as assisting the newcomers on many occasions. 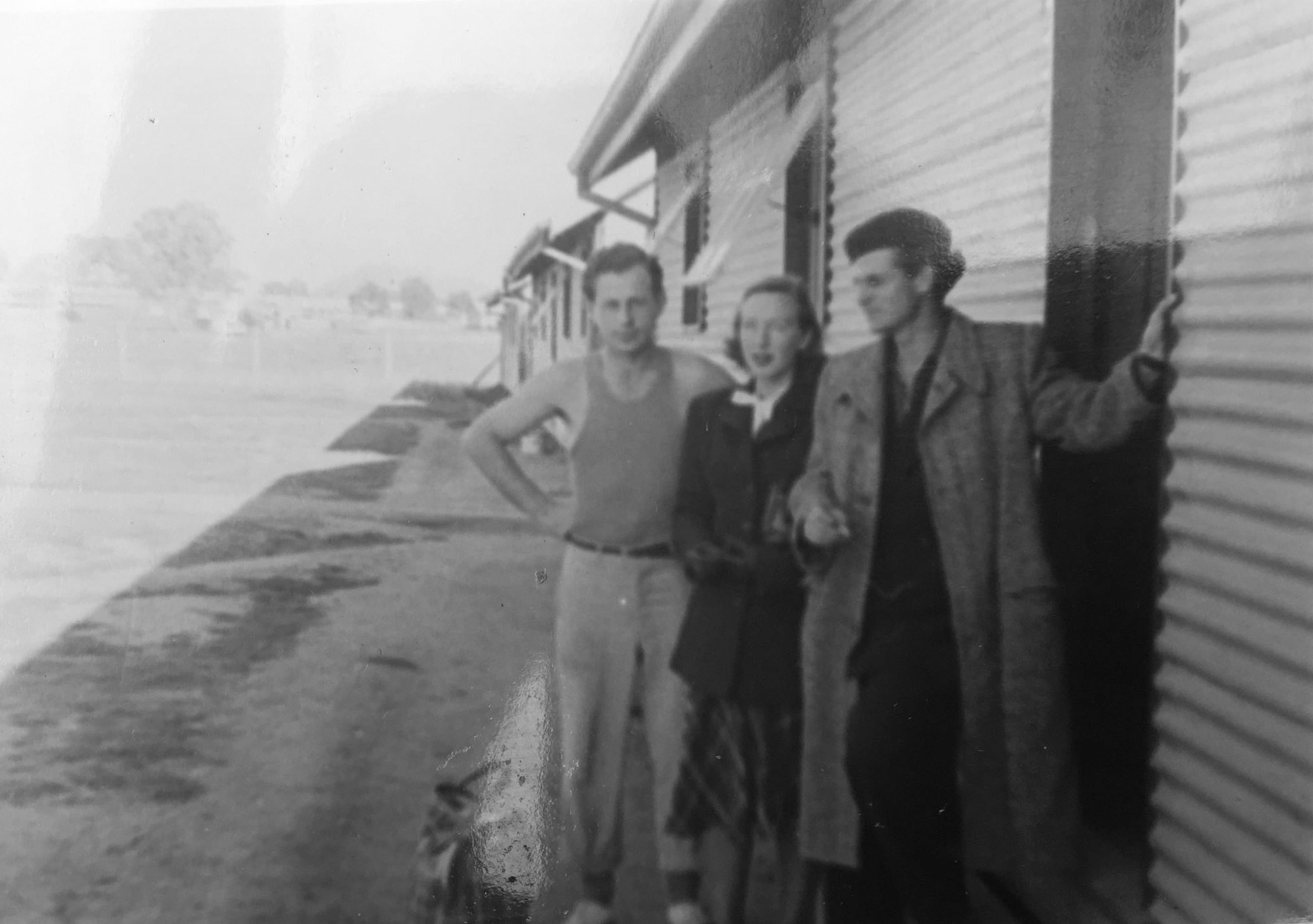 We arrived at Bonegilla and were housed in army barracks. In some we were in groups of two while in others there were groups of four or more.

While at Bonegilla we were able to achieve a few significant things: we organised a folk art exhibition, prepared a Baltic concert for the planned visits of the Minister for Immigration Mr Calwell as well as His Excellency Archbishop Dr. D. Mannix, and organised a Kūčios [Christmas Eve celebration]. There was work for all, as almost every Lithuanian there sought an opportunity to somehow contribute towards the final group effort.

We called a meeting where it was decided to build a traditional entry gate at the camp entrance for the Archbishop together with an altar in the main hall; the coordination of these jobs was entrusted to me. A collection was made to help meet expenses and almost everyone contributed a few pennies (at that time we had no more).

After that meeting everyone started work on their various tasks. The choir began rehearsing, as did the men’s folkdance group led by J. Songaila. Even though the Oželis dance extracted a lot of sweat, it was never performed publicly. Meanwhile a group of men with saws and axes were busy on something, while trying to hide from the camp director.

We found it difficult to construct the planned ceremonial entry gate and altar. The camp commandant refused to order the necessary materials, but did allow us to salvage from what was already available. This included various packing cases and broken fences, mostly rubbish, and we ended up “borrowing” better materials. Another problem was that there was no free time – we had to skip English language lessons. Nevertheless, the jobs were completed in time and to a good standard.

The Minister for Immigration and accompanying government officials arrived on 17 December. They inspected the Lithuanian folk art exhibition and in the evening attended the Baltic concert. The whole concert was recorded and excerpts were later broadcast on the Albury radio station.

As it turned out, Archbishop Mannix did not arrive; he was represented by His Excellency Archbishop J. D. Simmonds, Bishop J. McCarthy, and Bishop B. Stewart, accompanied by a few priests. The guests were escorted from the gate to the hall by the Lithuanians singing Marija, Marija where the Archbishop and both bishops formally greeted the assembled Lithuanians, Latvians and Estonians. There followed various religious services, with a high mass the next day.

I have expanded on the catholic hierarchy’s visit to Bonegilla because it was widely reported in the Australian catholic press and it appears that the Lithuanians’ efforts left a good impression on the Australian catholic community. That was noticeable when we began organising our community in Melbourne, in that the priests at the cathedral and elsewhere often referred to the good reception their bishops had received at Bonegilla. It is also worth noting that no Australian journalists participated in the bishops’ visit, even though they had pestered us for media opportunities for about two weeks after our first arrival at Bonegilla.

Each national group organised its own Christmas Eve festivities. The Lithuanians were allocated the main hall and the camp commandant provided the Christmas trees, decorations and Christmas wafers. On entering the hall everyone received their Kūčios supper comprising two biscuits (in place of wafers) and one orange. It was a strange, perhaps even comical Christmas Eve, beginning with the distribution of the ‘wafers’ out of a sack. A solid pine tree, in place of a Christmas fir, stood in the middle of the hall with lines of chairs in formation around it. The camp management attended, together with the Wodonga parish priest, and we sang some Christmas carols.

We had a welcome visit from the president of the Australian Lithuanian Society (ALS), Antanas Bauže. He had greeted us by letter at Fremantle and arrived at Bonegilla with his wife and Mr Kuodis. A meeting was called at which Mr Bauže welcomed the new Lithuanians, told us about living conditions in Australia, and invited us to become members of the ALS. The invitation was warmly embraced and Mr Bauže left with a list of around 400 new members. On Sunday the Wodonga parish priest invited the visitors to his residence.

Not everyone was equally pleased with Australia; some had started regretting leaving Europe while still aboard ship, others began complaining when they didn’t receive their three daily rations of food. Everyone suffered from extended unemployment, people began to be irritated by the English lessons and Australian songs as well as the mutton every day. The long anticipated wage packets hadn’t materialised. Almost everyone was jealous of those who came back to camp with £3 earned from a day’s work with a local farmer (the camp management forbade such employment).

Worth mention was the Lithuanian basketball team who represented us well. The five principal players were Vincas Maziliauskas, Jonas Motiejūnas, Algis Liubinskas, Romas Genys and Zigmas Paškevičius. V. Maziliauskas was particularly noteworthy because he not only performed well on the basketball court but also excelled in other fields of sport.

When we were leaving Bonegilla for our first job placements a final meeting was called to present reports and audit results. Our first period of organised activity ended with the singing of the Lithuanian anthem. Many thanks to our Lithuanian representatives at Bonegilla, Jonas Motiejūnas and Povilas Baltutis, who demonstrated exceptional energy, abilities and application in fulfilling their tasks.

[Kazys Mieldažys’ first job placement, together with over a hundred other Lithuanian men, was fruit picking at Shepparton (Victoria) in early 1948]. When we returned to Bonegilla from fruit picking, we were given new job placements. 50 men, 26 of whom were Lithuanians, were allocated to Melbourne’s brickyards. This time one could refuse, they even asked if we didn’t want to work in the brickworks. A few refused, and their places were taken by other volunteers. The other men were allocated to jobs in Tasmanian cement works and South Australian iron ore mines. Our first group of Lithuanians arrived in Melbourne on 14 April 1948. 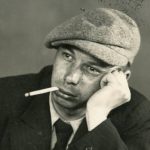 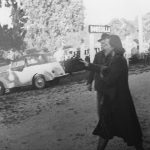