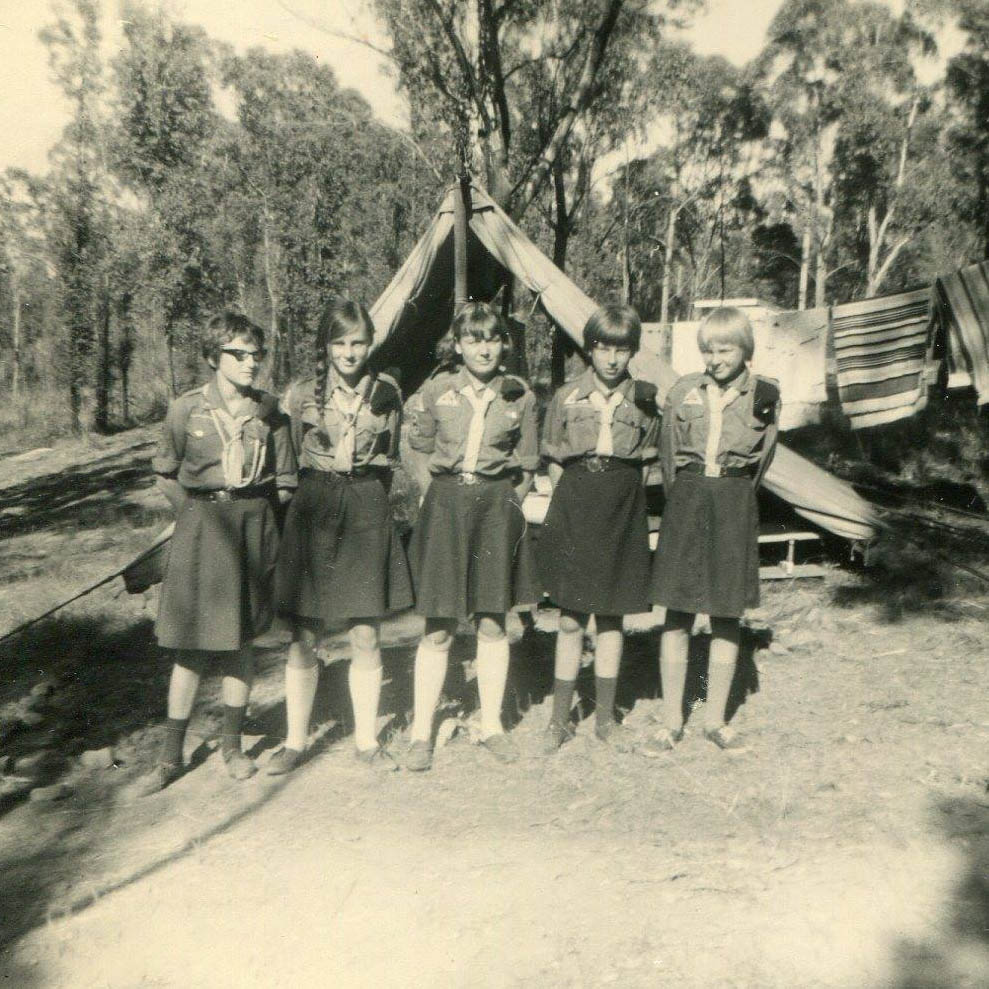 The Association’s principle aim is through scouting to keep alive and continue well into the future, among our youth an appreciation of their Lithuanian heritage with its culture and traditions.

The first Lithuanian Scouts arrived in Australia on 28th November 1947 into Freemantle on the ship, “General Heinzelman”, which brought the first Displaced Persons (DPs) from the refugee camps in Germany. This date is considered the start of Lithuanian Scouting in Australia. On the ship there was a troop (draugovė) of 46 boy scouts, ( skautai vyčiai, būdžiai, skautai), and 7 girl scouts, (vyresnės skautės, skautės),  led by Borisas Dainutis, who was to be the first chief scout (Rajono Vadas). 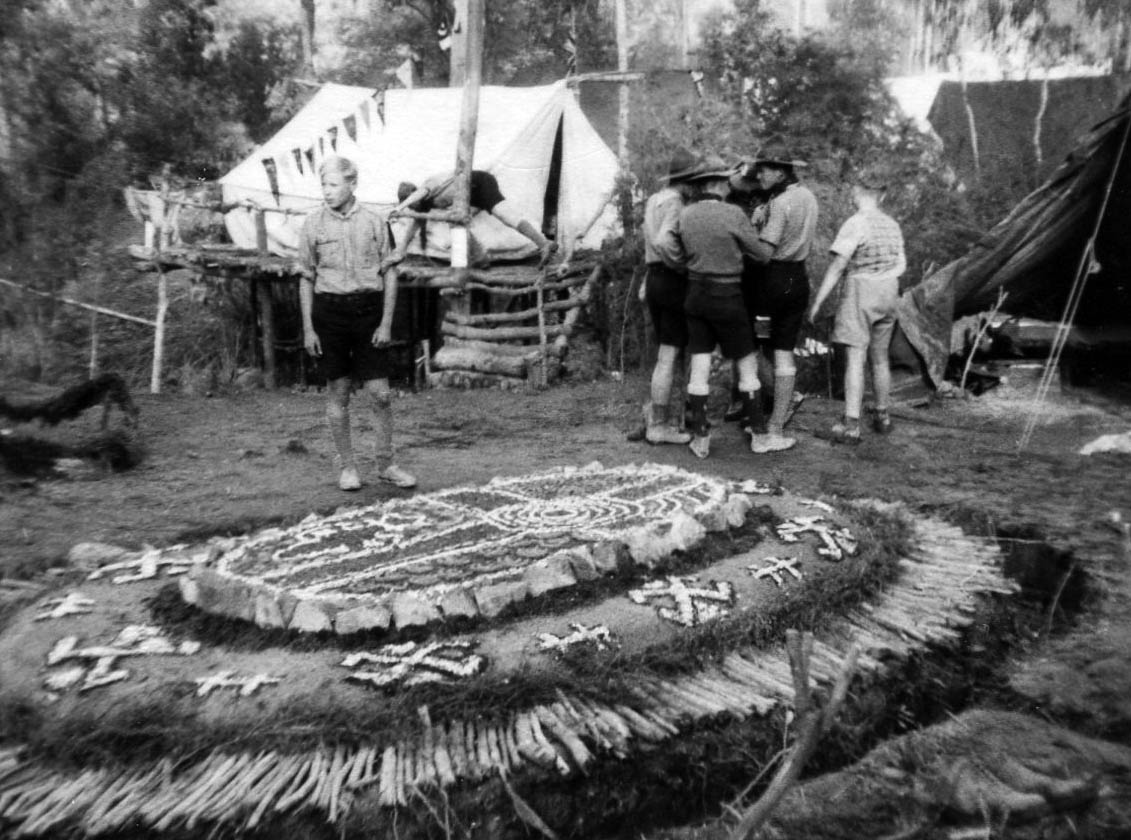 Some of the highlights include our participation at the Pan-Pacific Jamborees of 1948-49, and 1955-56 at Wonga Park, Vic; 1952-53 (Greystanes, NSW).  During the 1948-49 Jamboree, the Lithuanian campsite was acknowledged to be the most interesting with its dugout table, exhibition of scout items, and various decorations. The Lithuanian flag flew proudly.  In 1962-63 at the VII World Rover Moot, (Wonga Park), we were represented by skautas vytis Romas Cibas.

Keeping community harmony from the youngest to the oldest

In 1978 in Melbourne, ESGAV (Ethnic Scout & Guide Association of Victoria) was formed which consists of Estonian, Hungarian, Latvian, Lithuanian, Polish, Russian and Ukrainian scouts. It major activity is the annual three-day camp. It is still active in 2018.

The Lithuanian scouts in Sydney had belonged to A.A.S.E (Australian Association of Scouts in Exile) from approximately the mid 1950’s to approximately mid 1970’s when its activities were no longer recorded.

In 2018 [January 2-12], the 10th World Lithuanian Scout Jamboree (X Tautinė Stovykla), was held at Wonga Park near Melbourne, celebrating the 100th anniversary of Lithuanian scouting. The Jamboree was attended by over 200 scouts, including 60 from USA, Canada and Lithuania.

Every two years a Regional camp is held after the Lithuanian Days (Lietuvių Dienos), which is attended by Lithuanian scouts from all over Australia.

In 2018 there are active Lithuanian scout groups in Adelaide, Melbourne and Sydney with a total membership of approximately 200. There are also “senior scout”, retired from ‘active scouting’ units (Židinys) in Geelong and Sydney.

In each of the above cities various activities are held every year including scout camps, which are very popular among youth.  Children and youth do not have to be scouts to attend. It is a golden opportunity to familiarize oneself with Lithuanian scouting. Children aged 6 years and under camp for free under the supervision of a parent.

Further information can also be obtained from the Chief Commissioner of Australian Lithuanian Scouts,  Henrikas Antanaitis 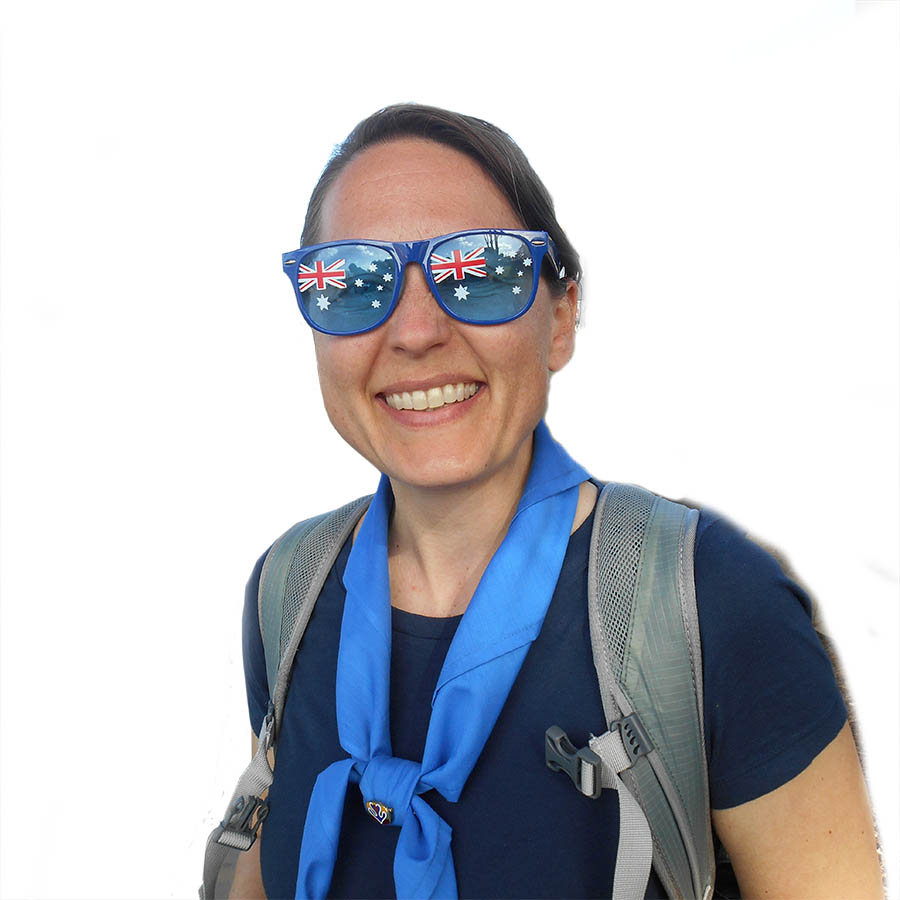 Once a scout, always one

The Lithuanian Scouting movement in Australia was one of the first to introduce both male and female scouting as one inclusive collective. 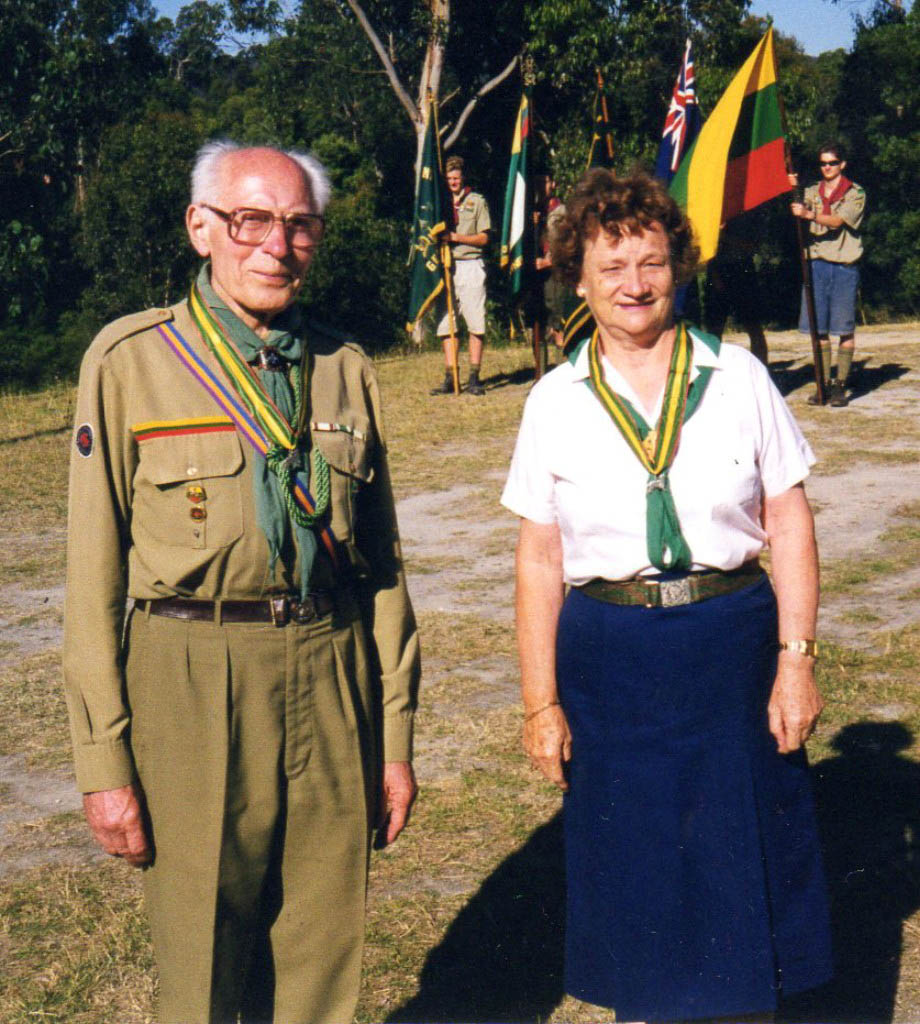 Two of our most devoted and active scouting patrons, Brother Pranas Dauknys and Sister Dana Lynikiene.